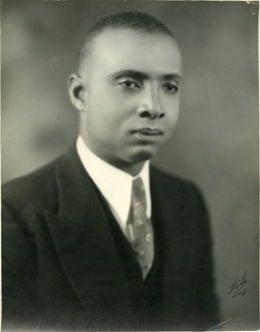 Bert McDonald (1898-1947) was the first African-American lawyer in the Los Angeles City Attorney’s office.¹ After graduating from USC preparatory school in 1917, he served in World War I and then went on to attend USC Law School, where he received his LL.B. in 1923.³  At USC, McDonald co-founded a professional fraternity, Alpha Phi Alpha, with other USC students from the law school and other professional schools.³

McDonald was a leader in the African-American community.³ He joined two other prominent African-American USC alumni, his half-sister Vada and her husband John Somerville, to form a partnership to finance the creation of the Hotel Somerville in 1928.²  The hotel served as an important cultural center for the Central Avenue African-American community in Los Angeles and housed delegates to the 1928 NAACP convention,² (the first NAACP convention held in the western United States). At the time, black residents were not allowed to stay in any of the major hotels in the city.

McDonald was one of the most prominent L.A. black attorneys of his time, and he served as an inspiration to future USC Law School alumnus, Crispus Wright⁴ (also featured in this collection of profiles). 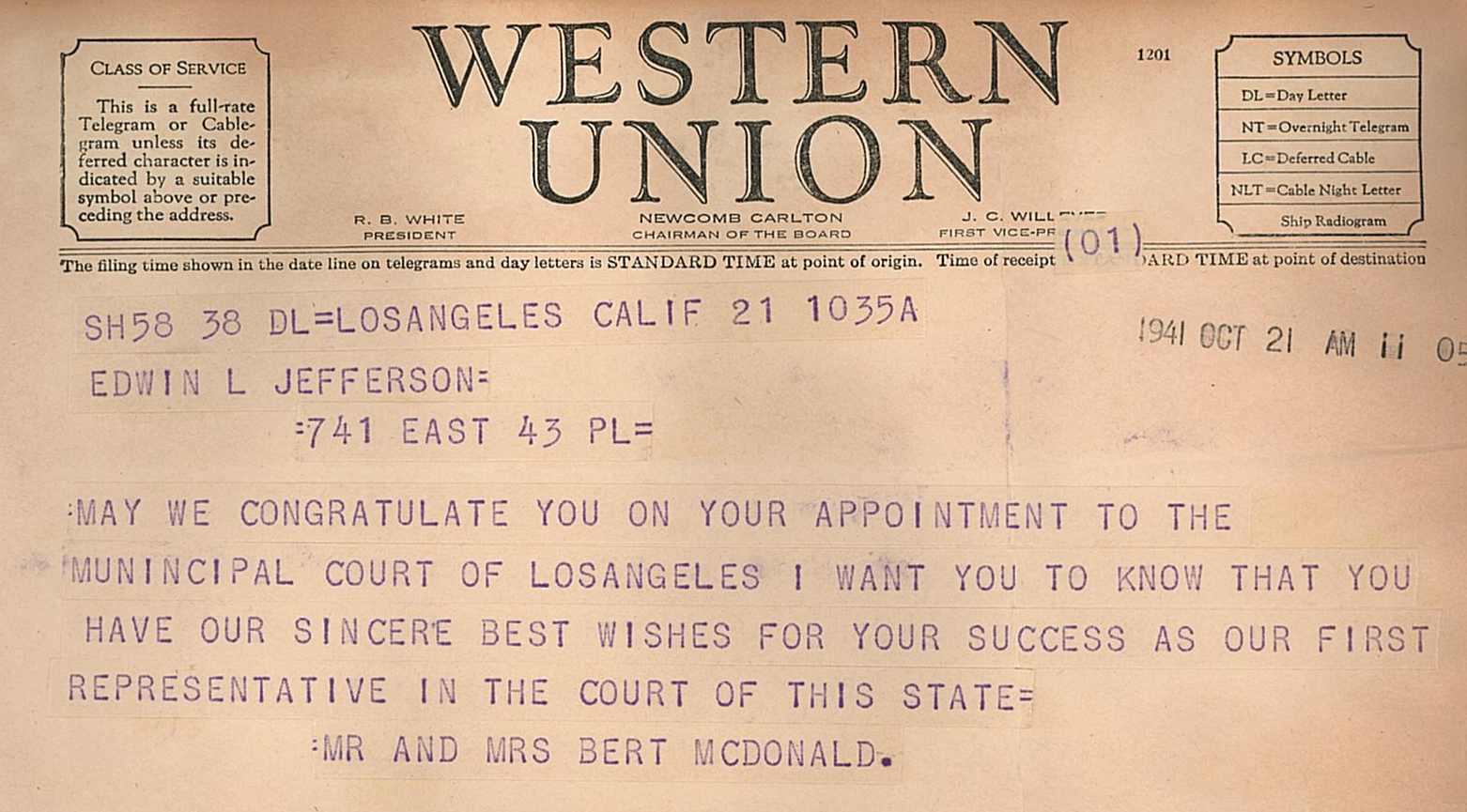