Each enacted law is often referred to as an act, which may have an official or popular name (e.g., Civil Rights Act, Age Discrimination in Employment Act). Many of the statutory code versions discussed in this guide have tools that you can use to find a statute by its name.

All three print versions of the federal statutory code have a popular name table, which lists federal acts alphabetically by their official or popular name and provides citations to those acts. Included among the citations for each act is the number assigned to that act (either a chapter (ch.) number or a public law (Pub.L.) number, depending on the year of the act). The tables also indicate the titles and sections where the acts can be found in the code. For example, 29 § 621 et seq. refers to title 29 of the federal code, starting with section 621 (et seq. means "and following"). If an act has been amended at a later time, the citation(s) to the amending law(s) are also provided in this table.

The popular name table in the official U.S.C. version of the code is located immediately after title 51 of the code (in the same volume), whereas the tables in the commercial U.S.C.A. and U.S.C.S. versions are contained in separate volumes located at or near the end of the sets. 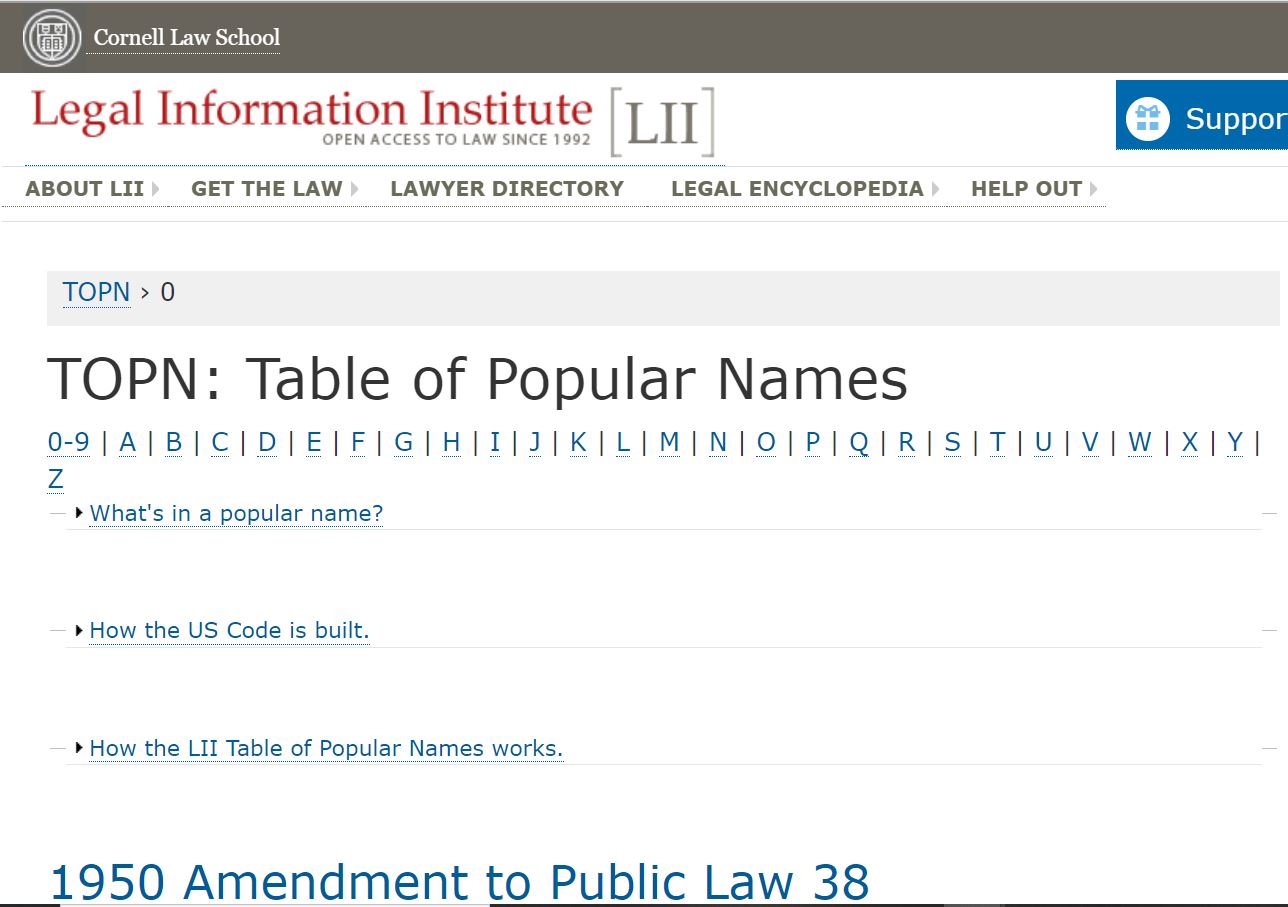 Cornell University Law School's Popular Names of Acts in the US Code page (shown above) is similar to the print popular name tables in that it also provides an alphabetical list of acts and provides chapter, public law and code citations. For many of the more recent public laws, links are provided to those laws (in their enacted form though, not as they appear in the code). This table also includes what they refer to as "Short title" links, which take you to the editorial notes in the code where the names of the acts are mentioned.