Judge Edwin L. Jefferson (1905-1989) was the first African-American judge west of the Mississippi.¹

Jefferson and his family moved to the Los Angeles area from Coffeeville, Miss., in 1921. He was taught at an early age by his mother due to not being able to attend school with white children. Jefferson would eventually go on to work his way through USC Law School as a campus janitor and graduated in 1931.²

Jefferson expressed pride in being a judge and his commitment to impartiality, despite the discrimination he faced in his life.² 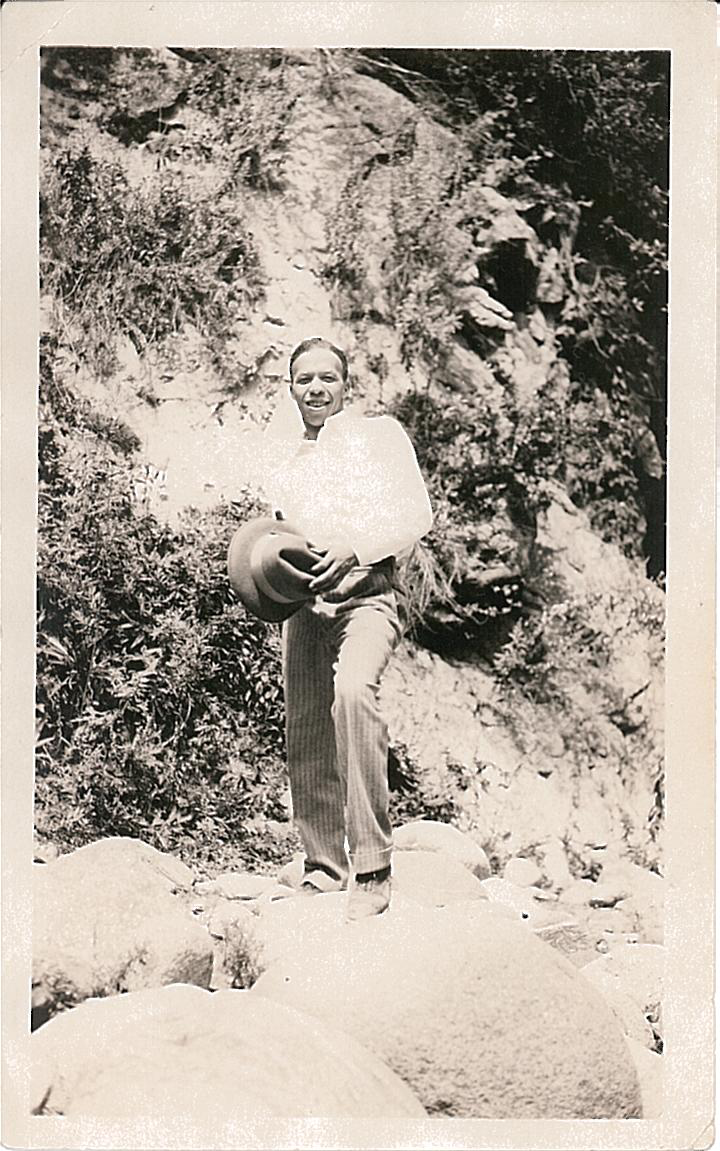 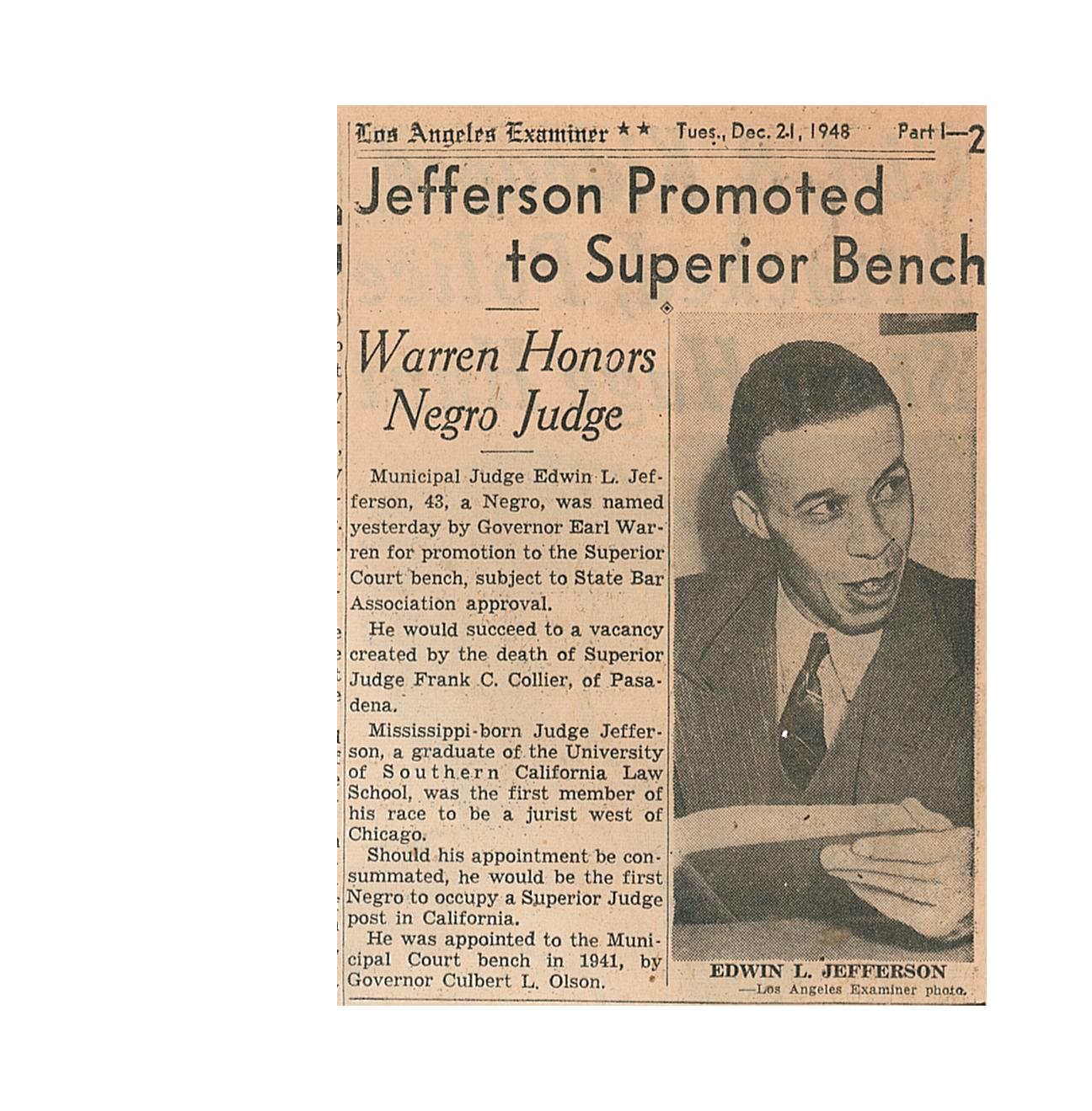