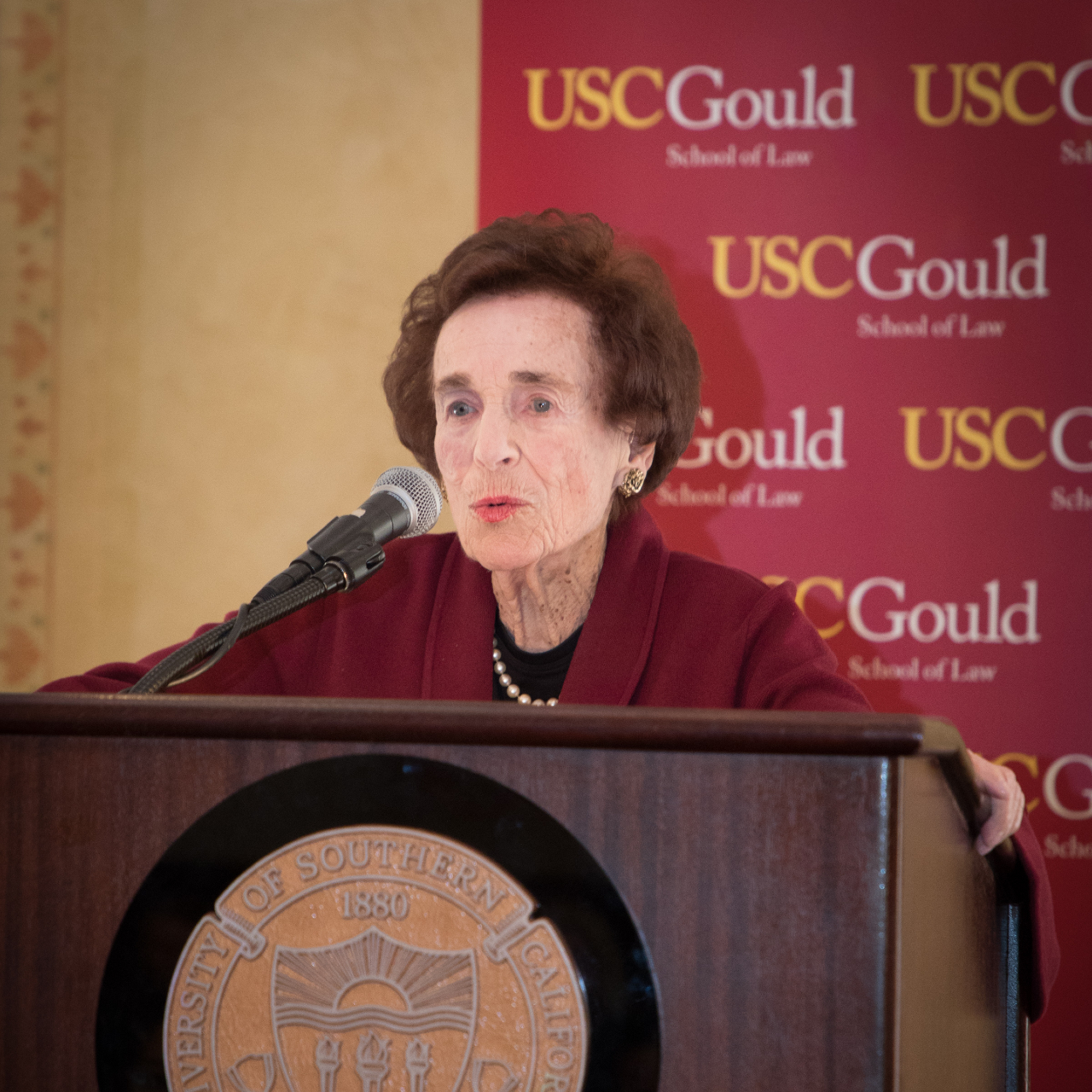 Ruth Jacobson Lavine (1920-  ) was born in Hamburg, Germany. Upon Hitler’s rise to power, Lavine’s father realized that their Jewish family would not be safe¹, so on April 1, 1933, the family moved to Holland and then England two months after Hitler had become chancellor.² Ruth, along with her sister Leonore, spent the next several years studying in England and Switzerland and mastering both English and French before immigrating with their family to Los Angeles in 1938.²

Lavine graduated from USC Law School in 1943 and was admitted to the bar in 1944. During her time at USC Law School, she met her eventual husband, Richard Lavine ‘42.¹ They would marry in 1944. As Lavine began exploring the job market, she experienced discrimination from employers who were concerned that she would soon start a family.¹ Lavine spent the next 15 years practicing law part-time, while raising her two children.¹

Through a USC Law School colleague, Robert Thompson, '42, Lavine gained the opportunity to practice law full-time and worked for several firms throughout the Los Angeles area until she started her own practice.¹ As a probate and estate planning attorney, Lavine cherished the personal connections she made with her clients as many of them were immigrants from Europe like herself.¹

Lavine is a past president of the Women Lawyers Association of Los Angeles (WLALA) and the Los Angeles County Bar Foundation and a recipient of the WLALA's Ernestine Stahlhut Award.²